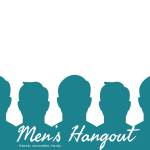 BEING STUPID IS ENOUGH:

Before I start I will say 2 things here. Number one, please pardon me if the title seems too harsh. You will soon realise why I chose that.
Number two, I suggest you read the post to the very end even if you might think it is a bit long.

Many years ago I heard a proverb which was said to have come from Japan. Loosely translated it was something like the following:-

I will put below a piece I read about something that happened in Josef Stalin's USSR. But before I do it I will state that one of the things that have cost me the most is those times I had the wrong people around me.
From one or two small and evil minded members of staff working for me to small minded and petty people I have been tasked with performing the occasional function with.

Just one instance of this is the following-
I have an SUV that has been at the automobile mechanic's workshop now for the past 7 months because a security man I had would not keep his fingers to himself even after I cautioned him several times to stop pouring water into the radiator incessantly.
He always felt this urge to "top the water" even when there was absolutely no need to.

So I came back one hot afternoon from the office one day to get a document I would need for a meeting and before I had gone upstairs and come down this chap had poured water into my radiator again.
A few days later the engine knocked and so for the vehicle it's been from one issue to another.
While Mr. Itchy Fingers has relieved himself of his duties and left me with a defective Range Rover.
This is just one example of what a small mind can cost you.

Khrushchev: "Comrade Josef Stalin called me ... and said, 'Come to my office quickly, Nikita, there is a big conspiracy!'
I arrived and we had a group of ministers with us."
"And Stalin said, 'Nikita comrade, we have a tire factory. This factory is a gift from the American Ford company, and it has been producing tires for years and in good shape too.'
'However, suddenly ... about six months ago, this plant started producing tires that explode after a few kilometers and no one knows the reason', he said, 'so I want you to go to the factory immediately to discover what the reason is.'"

Kruschev continued, "I arrived at the factory and started the investigation immediately, and the first thing that caught my eye was the wall of heroes at the entrance to the factory. On this wall, pictures of the best workers and administrators who worked hard and actively within a month were displayed."

"Investigations began directly from the administration to even the smallest worker.
None of them knew the mission."

"I decided to sleep in the lab to solve this mystery. I woke up early in the morning and stood at the first production line and followed one of the tires from scratch until it left the factory and I was frustrated."
"Everything was normal, everything was correct, and everything was perfect, but the tire exploded after a few kilometers!!!"

"I gathered the engineers, workers, and administrators, brought the plans, and contacted the American engineers ... Yet we did not reach a solution."

"I analyzed the raw materials used in the manufacture of that tire. The analysis proved that they are very excellent and are not the reason at all.
And the tire exploded for no reason.
I was frustrated ... and felt helpless ..."

"As I was walking in the factory; the wall of heroes caught my eye in the lab. At the top of the heroes list was one of the engineers ... I noticed that this engineer had been at the top of the list for six months, that is, since these tires began exploding for no reason."

"I could not sleep, so I called this engineer to my office immediately for an investigation, and I told him, 'Please explain to me, Comrade, how did you manage to be the production champion for six consecutive months?'"
"He said: 'I was able to save millions of rubles for the factory and the State.'"
"I asked, 'How did you do that?'"
"He said, 'I simply reduced the number of metal wires in the tire, and thus we were able to save hundreds of tons of metal every day.'"

"Here, I was very happy because I had finally solved the mystery; and so I called Comrade Stalin immediately and explained to him what had happened."
"After a minute of silence, he said, 'Now, where is this idiot's body buried?'"
"I quickly responded, 'Actually, Comrade I did not execute him ... I will send him to Siberia because people will not understand why we are executing a production hero.'"

MY TAKE:-
Over and over we will see in so many different ways that it is not only the corrupt, thieving crooks that harm and destroy everything. In many cases "Being Stupid is Enough."

This is why if you are interested I excelling you must be mindful of what you demand of yourself and of who you put around you.

Always remember that "Being Stupid is Enough".

Mr. Sunshine Mbakwe shares his revolutionary strategy on how organizations can generate revenue from within themselves.

Like
Comment
Public
2 Members
People and Nations
2 posts
Men's Hangout is a group where Christian men can have frank conversations about business, leadership, relationship, marriage and other issues that concern men.